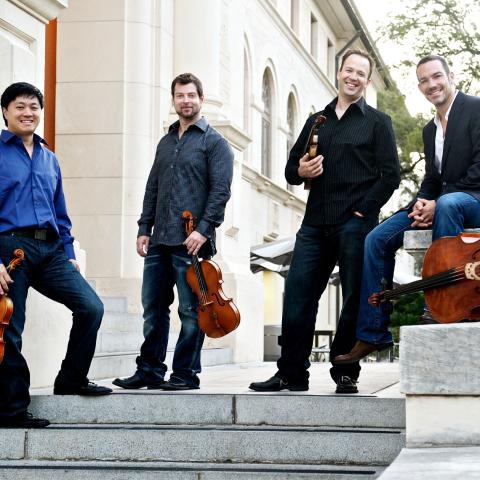 Formed in 1995, the Austin, Texas-based Miró Quartet, is one of America’s most celebrated string quartets, having performed throughout the world on the most prestigious concert stages. They won first prizes at the Banff International String Quartet Competition and Naumburg Chamber Music Competition, and in 2005, became the first ensemble ever to be awarded an Avery Fisher Career Grant. The Miró is quartet-in-residence at Chamber Music Northwest in Portland, OR and Orcas Island Chamber Music Festival in Washington State.

* Caroline Shaw’s work will be performed three times this season. This New York City-based contemporary musician and composer became the youngest composer to win the Pulitzer Prize for music in 2013. She is often cited as proof that classical music has an exciting future.

Chamber Music Concerts at SBMA are supported by the Katharine Putnam and Reginald M. Faletti Concert Fund with additional support from the Curletti Fund.

For visitors attending events in the Mary Craig Auditorium, proof of vaccination is not required, and face covering/masks are recommended, but not required.