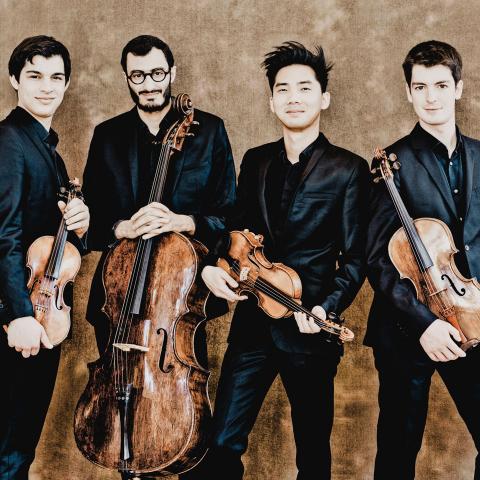 Established in 2013, the Arod Quartet, based in Paris, has already captivated chamber music lovers, performing more than eighty concerts this season at such prestigious venues as the Auditorium of the Louvre in Paris and the Verbier Festival in Switzerland. The Arod first came to international attention when they won the First Prize at the 2016 ARD International Music Competition and went on to join the BBC New Generation Artists’ roster. The quartet made its Carnegie Hall debut in April 2019.