Parallel Stories is a literary and performing arts series that pairs art and artists with award-winning authors and performers of regional, national, and international acclaim. This series functions as a multidisciplinary lens through which to view the Museum's collection and special exhibitions.

Missed an event?
Watch past events on our   YouTube channel. 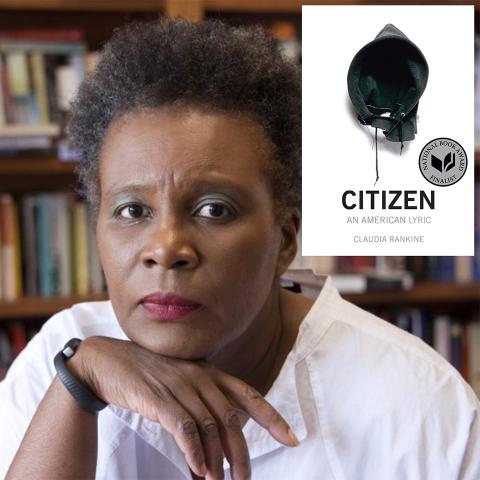 Parallel Stories (via Zoom): A Conversation with Claudia Rankine

Acclaimed author Claudia Rankine joins SBMA for a conversation "on the path to understanding.” The talk begins with a screening of selections from Situations, a series of ten short videos collaboratively produced by documentary filmmaker John Lucas and Rankine. In the words of their creators: “These are multi-genre responses to contemporary America. The videos exist around public experiences in individual lives. These experiences turn into situations that resonate with us not only as people, but as citizens.” The videos both emerge from and are in dialogue with Rankine’s 2014 hybrid prose-poetry book Citizen: An American Lyric, which likewise amplifies the micro and macro racist aggressions that occur throughout the social and political fabric of the United States. Rankine and Lucas admit us into the liminal "in between" spaces where we might travel toward trust, and offer us a look at the disturbing ordinariness of what we have come to a accept. Their work is an invitation to participate in an "experimentation in directness."

Claudia Rankine is the author of five books of poetry, including Citizen: An American Lyric and Don’t Let Me Be Lonely; three plays including HELP, which premiered in March 2020 (The Shed, NYC), and The White Card, which premiered in February 2018 (ArtsEmerson/ American Repertory Theater) and was published by Graywolf Press in 2019; as well as numerous video collaborations. Her recent collection of essays, Just Us: An American Conversation, was published by Graywolf Press in 2020. She is also the co-editor of several anthologies including The Racial Imaginary: Writers on Race in the Life of the Mind. Among her numerous awards and honors, Rankine is the recipient of the Bobbitt National Prize for Poetry, the Poets & Writers’ Jackson Poetry Prize, and fellowships from the Guggenheim Foundation, the Lannan Foundation, the MacArthur Foundation, United States Artists, and the National Endowment of the Arts. A former Chancellor of the Academy of American Poets, Claudia Rankine will join the NYU Creative Writing Program in Fall 2021. She lives in New Haven, CT.